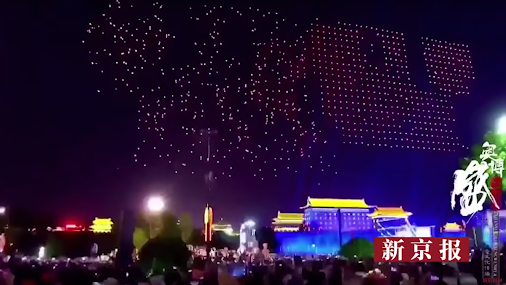 This weekend, the city of Xi’an, capital of Northwest China’s Shaanxi Province, was host to a record-breaking drone performance, even larger than Intel’s 1,218-drone performance during the opening ceremony of the 2018 Winter Olympics. And while drone maker Ehang Egret nailed the first showing, its second go-round a few days later wasn’t as smooth. And by “wasn’t as smooth,” I mean a couple of drones fell out of the damn sky.

This was posted on Google+